The Reformation in England and Wales took on a very specific form. The established Church of England faced strong and rebellious opposition from the earliest days under the Tudor monarchs.

John Owen served Oliver Cromwell as Chaplain, during the Civil War, when, for a time, England was a Republic. When the monarchy was restored in in 1660, he with some 2,000 other non-conformist clergy, was summarily dismissed from his living, For the next 200 years or so, no non-conformist would be able to teach or learn in Oxford or Cambridge, or hold any public office.

This meant that the decision to support independency was a real sacrifice, and cut people off from the main sources of public service in church, education or political life, which were at that time major avenues for personal advancement.

But no-one could have foreseen the effect of such banishment on non conformuists and dissent. Cut off from the usual routes to ambition, the dissenters established new academies in the rising industrial heartlands, where independent thinking was encouraged; they threw their energy into trade, industry, the new sciences, and exploration – the powerhouses of 19th century development; and they put their social awareness to work in radical politics, and a mission to change the world!

Independency is a form of church organisation rooted in the local church. There is no hierarchy, no bishops or synods. Each local church may organise its own life, call its own leadership and develop its own mission.

Many leaders of the new non-conformist movement came from relatively humble origins. They were not the sons of aritocratic families, who were poulating the Anglican clergy of the same era. They were the sons of traders, from unfashionable towns in the Midlands or North of England, or from Scotland or Wales. 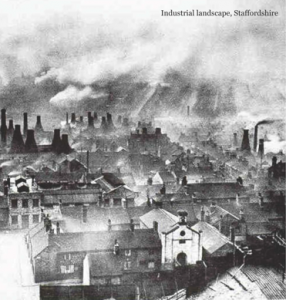 But these were the very areas of life that were prospering under non-conformity and, in doing so, were driving the industrial revolution, which changed the face of Britain completely in the 19th century, and was soon exported throughout the world.

The industrial revolution drew thousands of people from traditional rural lifestyles into new urban centres. This gave rise to appalling conditions of poverty, disease and crime, documented among others by Charles Dickens. The non-conformist ethic included a powerful social conscience, and a desire to build a better world.

Of course, many of those who grew wealthy through commerce and industry were heartless expoliters of the poor. However, some of those who made large fortunes were inspired to put their money to good use. The Spicer family is one such, and there are churches and social enterprises still today which owe their foundation to charitable giving. As the churches followed colonial expansion out into the world, a great missionary movement developed, often misguided, but also carrying ideals of equality and justice, and modern techniques in medicine and education along with the Gospel. The International Congregational Council and London MIssionary Society are still active globally through the International Congregational Fellowship and Council for World Mission.

Until the late 19th century it was not possible for dissenters to express their social concerns through mainstream politics, but eventually the way was opened to them through a series of Acts of Parliament, such as the 1832 Great Reform Act. Many non-conformists became involved in local or national government, often at the forefront of major radical or reform movements. During the 19th and early 20th century there was even a Dissenters Parliamentary Committee. In our own time, most politicians express no religious allegiance, though the established church still has an institutional presence in the House of Lords.

Excluded from the traditional schools and universities, non-conformists developed independency of thought. As part of the Reformation, one of the driving forces was the accessibility of printed material; Bibles, for the first time in English; popular tracts and learned treatises; and hymns, which carried the teheology of the Reformation into public worship.

Ordinary people, who would never have the means of learning, were suddenly introduced not only to the world of radical theology and social thought, but also to the equally radical idea that they could think for themselves. They didn’t have to take traditional notions at face value, but could use their own reason, experiment and explore. All this was fostered through the Dissenting Academies and Independent Colleges, where many leading dissenters studied and taught. The principles of education, developed at these institutions, formed the basis for modern educational practices, and were exported into the schools and colleges of the New World, and globally.

There was a huge amount of energy during the early period of non-conformity. The Republic, known as the Commonwealth, in England and Wales in the 17th century, gave rise to a forment of thinking about how the Church and State should function. Once driven underground, non-conformist Christianity found new energy in the revolutionary philosphical and social ideals that flourished outside the Establishment. Philosphical thought and church life went hand in hand.

Isaac Watts’ hymns were a populist expression of the thought of major philosophers of the Enlightenment. Hymns and hymn singing are an overlooked part of social history. As well as being a staple of ordinary people’s lives, they were often written by the same people who wrote the songs of the great reforming campaigns. And, with the expansion of mission into the world, they carried the gospel mesage and were taken up and developed in cultures from the Atlantic to the Pacific.

As congregationalism grew in public stature, the church began to form local associations for mutual support and encouragement. In the 1830’s there was a move towards a National Union, which would provide the same support, but also provide a platform for the voice of Dissent in national life.

The Role of Women and People of Colour

Although women did not have access to insitutional leadership, there were openings for women at some Dissenting Academies. Women also played a role in many social and political campaigns. The role of such women is only starting to be uncovered. 2017 saw the centenary of the ordination of Constance Coltman, the first woman in Britain to be ordained as a 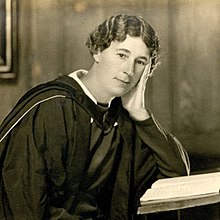 minister in a mainstream church. She studied at Oxford, which in 1917 still did not award degrees to women, though they were now open to non-conformists. She came from a family grown wealthy in trade, and her first church was in the impoverished East End of London. Throughout her life she supported radical causes; pacifism, women’s suffrage and the relief of poverty.

As for people of colour, non-conformists were typical of their age in seeing non-European cultures as objects of mission and social change, rather than colleagues and partners. But the London Missionary Society did foster indigenous leadership in mission churches, and the  non-conformist campaign against the slave trade, though now largely written out of history, was far more effective than is now remembered.